How To Get Sober: 4 BASIC Steps To Lasting Success

If we look around us, and we ask ourselves how to get sober, we’ll probably answer it like this:

I’ll be completely honest with you. I used to think the EXACT same thing.

But, here’s the thing. It’s not just me.

I’m not the only person that used to think this way.

This is what 90%+ of the adult population believes when it comes to stopping drinking. They truly believe that it’s a challenging endeavor. They believe it is going to be hard work.

But where does that belief come from? And, most importantly, is it true?

Well, today, we’re going to be looking at how to get sober.

If you want to learn how to get sober, you’re going to want to read these 4 steps.

I’ll be explaining how you can make the whole process enjoyable, effortless and it won’t be difficult at all – quite the contrary. 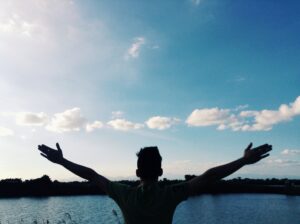 Contents hide
1 Story of my journey on discovering how to get sober
2 Step 1 – Reasoning by Analogy
3 Step 2 – Reasoning from First Principles
4 Step 3 – Removing the Conditioning
5 Step 4 – Becoming a Better Version of Yourself
6 Tl;dr

Story of my journey on discovering how to get sober

If you’re new to the Soberclear blog, welcome! Just before I share the 4 steps on how to get sober, I want to touch on how I discovered them.

Most people think that progress and success in life happens in a linear fashion. Well, it rarely does. Check out the image below.

See the image on the right?

That was me for 10-years. Yep, 10-years. I was trying to find solutions to my drinking problem for around a decade. That meant 10-years of pain, misery, hangovers, wasted money, low self-esteem, lack of clarity, lack of energy.

And, honestly, I tried it all.

You name it…If I thought it could help me on my journey, I was willing to try it.

But no matter what I tried, nothing seemed to stick. Some of the above methods lasted a few days, a few weeks, even a few months. But, it always ended up back at square 1.

Luckily, I got to the very end of that squiggly line on the right. I realized the truth and had a breakthrough moment.

I saw alcohol so clearly. All my beliefs and all of the conditioning had been smashed. Through introspection, study, and observation, my entire perspective shifted.

And now I want to share some of those insights with you! So, let’s do this!

Whilst the first step isn’t effective at all, it’s often a precursor to some of the other steps. It’s necessary to include it here to help deepen your understanding of how to get sober.

Reasoning by analogy is when we make assumptions based on previous evidence or experiences.

It is probably best explained through an example:

Let’s say you are about to buy a Ford Escort. It’s your third one and it has 50k miles on the clock. So…

A1: My last 2 cars were Ford Escorts with 50k miles

A2: They both were very reliable

B: Another Ford Escort with 50k miles will probably be reliable

Whilst B might not be 100% true, there’s a chance of it being true. However, as you can imagine, reasoning by analogy doesn’t always work out particularly well.

However, there are examples when this style of reasoning can serve us well.

Reasoning by analogy is used as a mental shortcut for people to make an educated guess at things – and there’s nothing inherently wrong with reasoning by analogy. It’s actually a deep-rooted survival mechanism.

However, 90%+ of the adult population does exactly this when it comes to approaching how to get sober.

A1: My last 3 attempts to stop drinking ended in failure
A2: My last attempt using willpower was very difficult

B: All attempts to quit drinking will be difficult and likely to end in failure

If we believe this, we already start off in a state of negativity. And, from experience, being in a negative state of mind when you’re figuring out how to get sober is the wrong way to go about things.

You have to be positive about the situation. It’s mission-critical.

I had been reasoning by analogy for 10 years when it came to stopping drinking. However, it all changed when I started reasoning from First Principles.

The opposite of reasoning by analogy is reasoning from First Principles.

So, in the Ford Escort example, instead of making an educated guess, we would do the opposite.

We would analyse the various components of the car to come up with a new, logical conclusion. 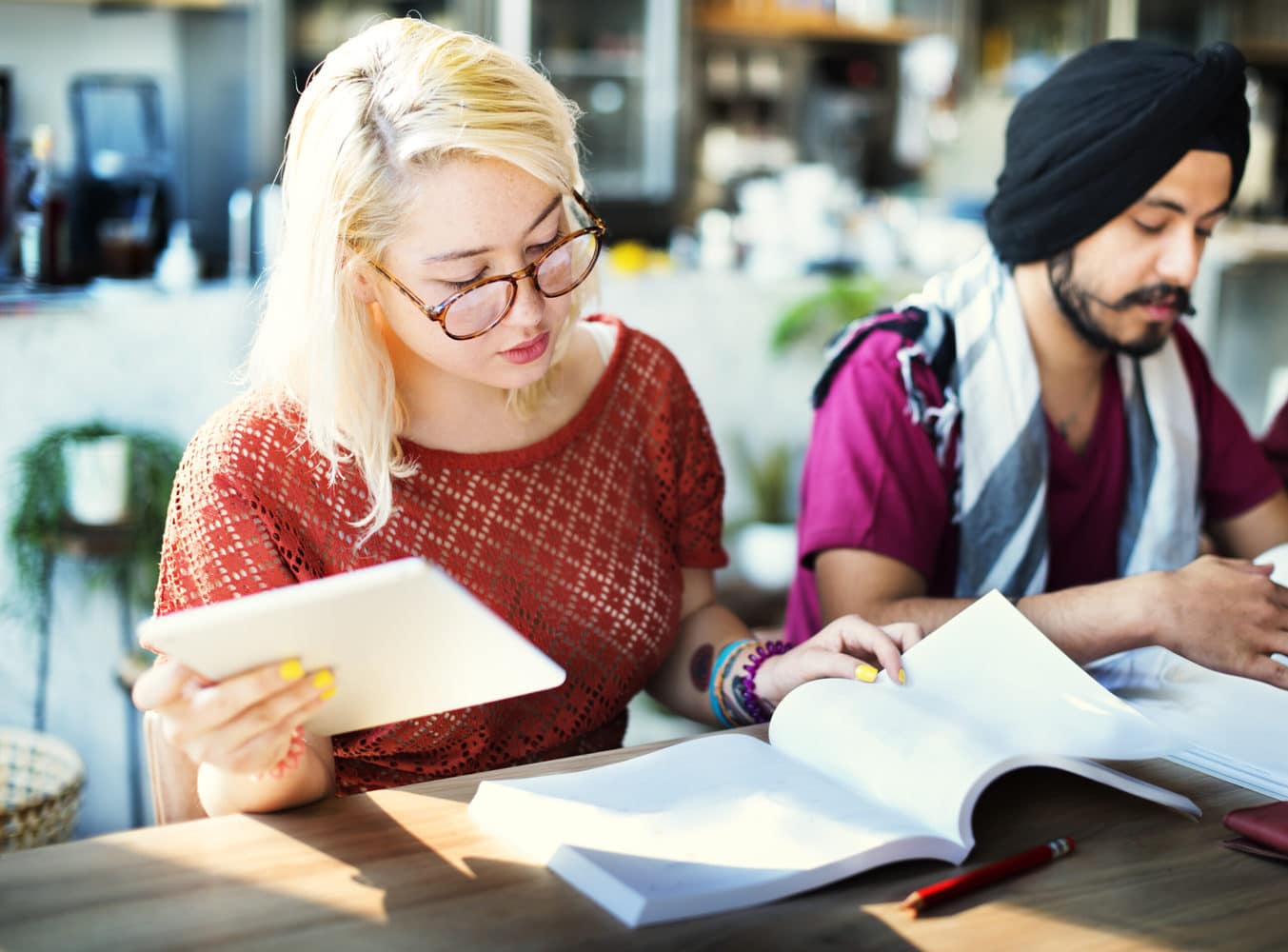 We’d break down all of the assumptions we had when reasoning by analogy, and observe all of the individual parts.

We’d look at the tires, the oil, the engine, and so on.

Only then would we decide whether or not the car is reliable.

Reasoning from First Principles is more time-consuming but much more accurate. We end up getting a much more realistic view of the situation.

When we reason from First Principles, we remove any assumptions – and all that remains are the essentials. We can then come up with unique solutions to difficult problems.

This is particularly important when it comes to learning how to get sober.

One way we can reason from First Principles is through Socratic questioning. The process of Socratic Questioning may look something like:

Once you have done this for alcohol, your entire perspective around the drug shifts. It’s like a light-bulb moment.

It can be very time-consuming to go through that entire process for all of your beliefs alone. However, this is exactly what I teach in the Soberclear coaching program. It’s the process I went through, and all of these people.

Instead of doing what 90% of the adult population do, we reasoned from First Principles.

Anybody that successfully stopped drinking without willpower, and found it effortless to stop, will have gone through this exact process, whether they realized it or not.

One important aspect of reasoning from First Principles is understanding and removing the conditioning surrounding alcohol.

And what exactly is the conditioning?

The conditioning is what we’ve all been facing from day 1 on planet Earth.

Our society has conditioned us to think that alcohol, or ethanol, actually has some benefit to drinking.

When we are able to reason from First Principles and use the Socratic questioning techniques above, we are able to remove this conditioning. It’s not an easy process, but it’s a 100% necessary step to getting sober.

It’s very hard for me to explain that entire process within this blog post – but it is a fundamental part of how to get sober.

When you realize alcohol gives you absolutely nothing, it’s like a light-bulb switch.

The penny drops, so to speak.

I talk about removing the conditioning in this video:

I’d recommend checking that out.

Step 4 – Becoming a Better Version of Yourself

Once you have gone through the arduous process of reasoning from First Principles, you should immediately go towards a better quality of life for yourself.

When you can reason from First Principles, stopping drinking becomes an enjoyable and logical decision. There’s no waiting around for a magical moment.

You simply start moving towards a better way of life.

One of the best ways you can supercharge your results after you’ve figured out how to get sober is through hiring a coach.

A coach is someone that can hold you accountable and hold you to high standards.

It doesn’t need to be an alcohol-specific coach (although that may help), but you want to find someone who’s “been there done that”.

It’s when you combine these 4 things together – that’s when you truly master how to get sober. Learning how to get sober isn’t as difficult as we often make it out to be.

The reason most people find stopping drinking difficult is that they reason by analogy.

We must take a First Principles approach to stop and remove the lifelong conditioning.

Once we have gone through that process, we should start going towards a better life.