In this post, we’re going to be looking at alcohol, weight loss, fitness, and sobriety. What exactly happens to your fitness when you stop drinking? Does stopping drinking cause you to lose weight? Let’s find out!

Just a precursor – rather than fill this post with science, I want to keep it more inspirational and fun.

So, whilst there may be a bit of science, a lot of it will be filled with stories and personal experience.

When I was trying to stop drinking, learning about statistics or scare tactics did absolutely nothing for me.

What really helped to motivate me was learning from someone who’s been there and done that.

Contents hide
Anyway, why should you listen to me about alcohol, weight loss and fitness?
1. You Can Expect a Reduction in Body-Fat
2. Stopping Drinking and Increased Energy Levels
3. Healthier Food Choices When You Quit Alcohol
4. Keeping Promises You Make To Yourself
5. Increased Muscle Gain For Stopping Drinking
6. Self-Confidence From Stopping Alcohol
7. MASSIVE Momentum

Anyway, why should you listen to me about alcohol, weight loss and fitness?

So, for those of you that are new to Soberclear, I’m Leon and I create content about stopping drinking and living your best life without alcohol.

Now, before I moved to Thailand which is where I live now, I was actually a personal trainer, and I’ve built 2 PT businesses.

I got inspired to start a PT business a few days after a heavy episode of drinking on an empty stomach, where I ended up throwing up blood over a MacBook Pro.

It was actually a really bad day – that some people might call an emotional “rock bottom”.

But it was also a very important moment. It was a moment of revelation…

I got sober, using willpower alone, and during those 7-8 months, I built a personal training business from scratch.

Some of my clients got awesome results, and they were really nice people, and I ended up keeping pretty fit in the process.

HOWEVER…During an NYE party, that voice in my head got the better of me…

“Go on Leon, you could just have one”… 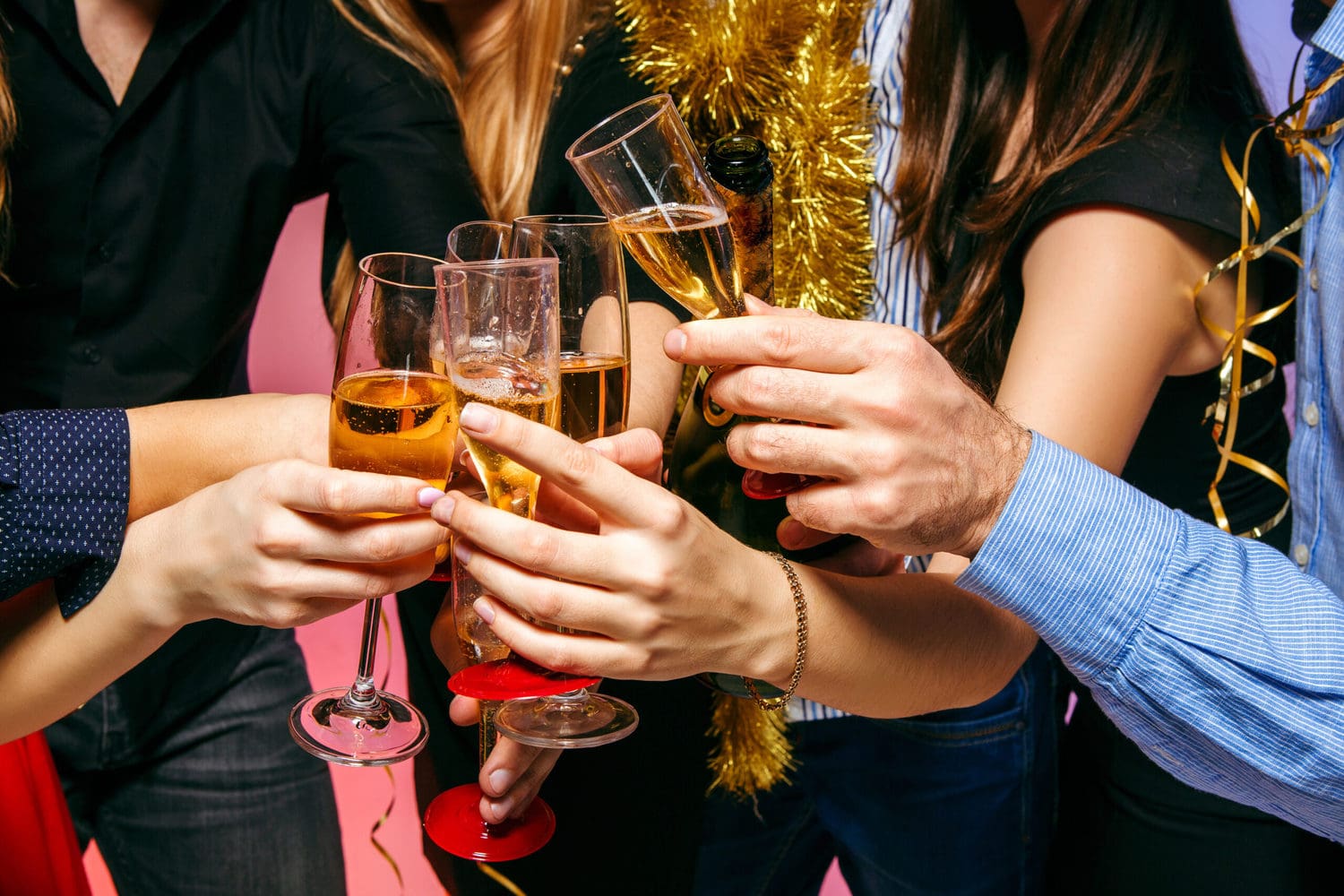 Anyway, I relapsed, and slowly but surely, everything I had built whilst being sober crumbled away.

My business disappeared into nothingness and I put on weight. My energy levels dipped and I just felt like turd.

Luckily, that relapsed ended in another shit situation that I won’t go into now, but I ended up in a very bad way, and sorted myself out.

I stopped drinking – but I did it completely differently to previous times.

I’ve actually just finished off creating a free training about how I managed to stop drinking – and how I found it enjoyable to stop. Sounds a bit crazy, right?

You can access it by clicking here. I’d really recommend it. The reviews so far have been fantastic.

So, what happens to your fitness when you stop drinking alcohol?

1. You Can Expect a Reduction in Body-Fat

When you drink alcohol, there is a tonne of calories in it.

There are about 208 calories in a pint of beer, 300 calories in half a bottle of wine and cocktails can have 250+ calories in them. (Source) So obviously, when you stop drop drinking, you naturally consume fewer calories, which means you can end up losing some excess fat. So yes, stopping drinking can help weight loss.

There are tonnes of epic transformations online of people that have lost weight after stopping drinking.

Am I saying stopping drinking is going to get you 6 pack abs? Maybe…That depends…But am I saying it’s likely you’ll lose SOME weight? Absolutely…

During that period of time I mentioned earlier, I added a bunch of excess body-fat. Gladly, it soon disappeared when I stopped drinking.

Now, I know for some people it’s the opposite.

I’d say one thing to those people…

It’s much better to have a few extra pounds here and there that you can easily get rid of when you feel ready for it…Instead of drinking poison! Let’s be real!

I remember back when I was drinking alcohol, I’d sometimes manage to get myself to the gym, and whilst I was there, I’d rarely have any energy.

It’d be even worse when I was hungover. I just dragged myself through the workouts.

This created an association of PAIN with the gym. I used to HATE exercise and training.

However, when you stop drinking, your energy levels can go THROUGH THE ROOF.

So, that means your workouts can be more effective and enjoyable.

And, when your workouts are more fun and more enjoyable, your association with the gym changes from PAIN to PLEASURE.

I feel way more energetic these days. How about that? 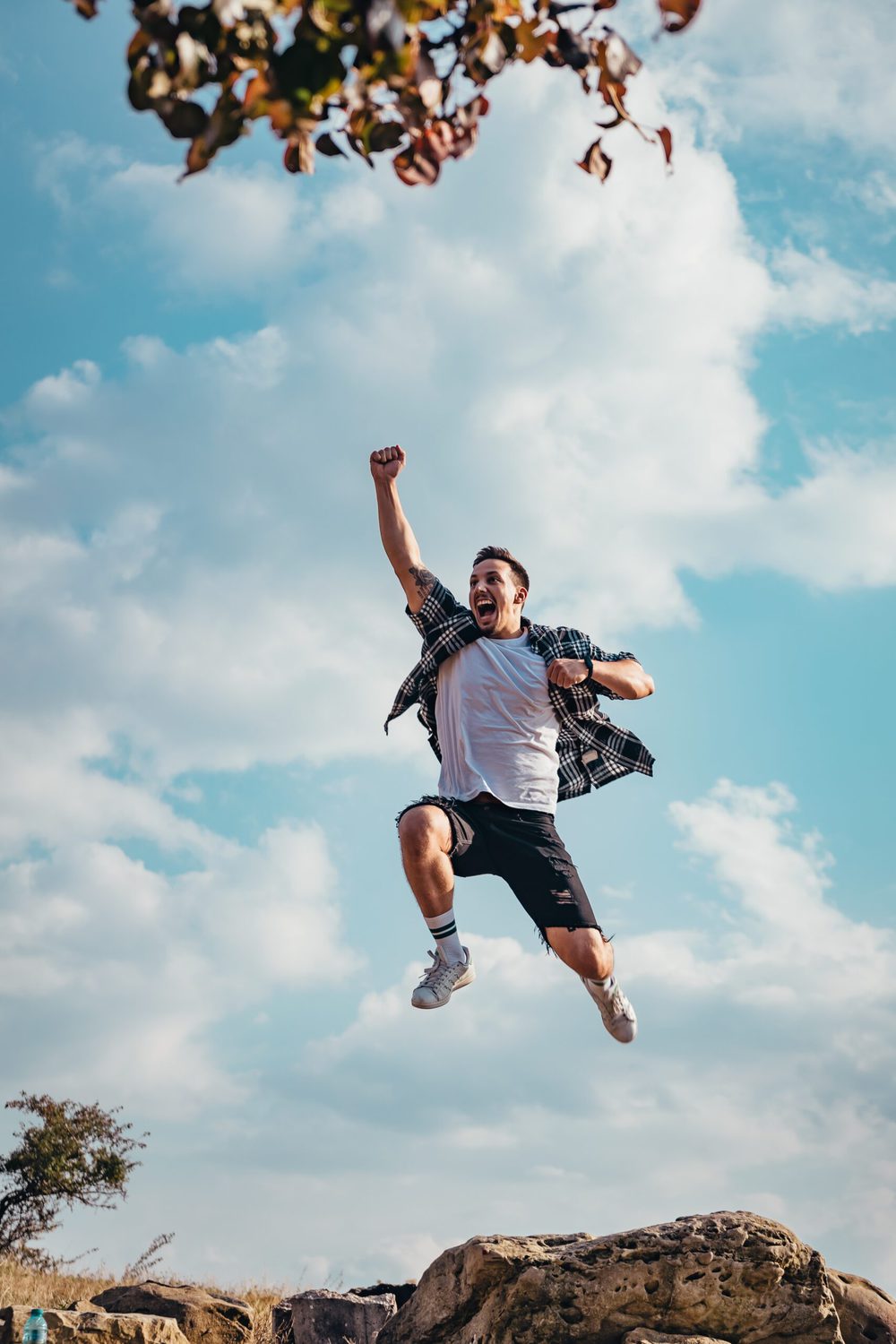 This one goes without saying…

My food choices after a night of binging were appalling.

But as soon as I had some drinks in me, it removed all my inhibition to eat something healthy.

I’d pig out on kebabs, pizzas and burgers…

So, now you’ve got the added calories from the booze, plus all the poor quality food you ate that night.

This is a tonne of dead calories that don’t really fuel your body.

Instead, when you don’t drink, it becomes easier to manage your nutrition.

Now, I’m not saying you become a robot and eat nothing but salads and tuna when you stop…But typically, it’s much easier to make better food choices.

4. Keeping Promises You Make To Yourself

When I drank alcohol, I’d rarely keep any promises I made to myself.

I would tell myself “tonight, you’re not going to drink anything…” and then go home after work and ending up drinking…

I’d tell myself “tomorrow, you’re going to sort yourself out and go to the gym”, and then wake up hungover and just not do it…

Instead, when you stop drinking, it’s much easier to keep those promises you made yourself.

Am I saying I’m perfect now I’ve stopped? Absolutely not.

This makes you feel good.

I really believe this spreads into other areas of your life.

When you keep little promises to yourself, you end up gaining more self-confidence to go onto bigger and better things. I was lifting weights whilst I was drinking too, but didn’t make a great deal of progress…

What about the people that have never lifted weights before?

With the increase in confidence that comes from quitting drinking, it can be a lot less intimidating to go to a gym…

And most importantly, it can become much less intimidating to try new things, like lifting weights!

See, stopping drinking isn’t just about what you can do…

It’s about the person you can become…

Well, when you remove the chains of alcohol – that destroys your happiness, self-confidence and self-belief – you’re able to just dive into new things…

And, that could DEFINITELY mean starting something new and positive, like a workout program!

I believe that all the benefits that can come in your fitness levels from stopping drinking can lead to increased levels of self-confidence and self-worth.

When I drank alcohol, I felt really bad about myself…

I’m not kidding, I think I have 1 drunk picture of me…

I always knew deep down that I was doing something wrong.

However, when I got rid of alcohol, I felt like a new person. My confidence was instantly restored, and I no longer relied on alcohol to “boost my confidence” (which is a total myth anyway)…

Combine that with losing body-fat and adding some muscle mass on…And you have a recipe for CONFIDENCE and SELF-WORTH! The next point is that it actually becomes EASIER to keep fit, thanks to something called momentum.

So, whilst it might be a massive push at first to start getting fit once you’ve stopped drinking, you end up having momentum.

It’s never “EASY”, but it definitely gets easier to get yourself to the gym or to go for a run.

Don’t forget to take the free training by clicking here.