Fell Off The Wagon? Here’s What To Do…

If you’ve fallen off the wagon, don’t fret.

This post is going to help you gain clarity on your situation.

For those of you that are new to the Soberclear blog, I’d like to give you a massive welcome!

When I write to you, I want to be as honest and transparent as possible. I try my best to hold nothing back.

For that reason, I’m going to share some of my story with you.

What Led To Me Falling Off The Wagon

There was a time when I fell off the wagon…

Before I discovered the Soberclear method, my life was always up and down.

I didn’t consider myself an alcoholic. It wasn’t like I needed to drink every single day. Most of my friends and family didn’t even know I had a drinking problem.

However, my friend’s perception of my drinking and the reality of my drinking were two extremely different things. Just because I hid it well from others didn’t mean I didn’t have a problem.

Because my problems weren’t extremely severe, most of my friends would consider my behavior as normal. It wasn’t like I needed to go to a rehab or do a detox…

However, alcohol was still causing huge problems in my life.

My life was constantly up and down.

During some of my attempts to stop drinking, I tried to moderate.

Long-term, moderation never worked. Every time I attempted to moderate or cut down on my drinking, I always ended back in the same position.

Sometimes my attempts to moderate alcohol would last a few weeks, however, no matter how hard I tried I would always end up back at square one.

The problem with all of this is that I still believed alcohol gave me something.

I was convinced that my beliefs around alcohol were true.

I thought it made me more sociable, more interesting, more charismatic. I thought it helped relieve stress, I thought I liked the taste and I was certain the positives outweigh the negatives.

Luckily, I no longer hold those incorrect beliefs. But at the time, those beliefs were extremely deep-rooted in my mind. So my first real attempt to stop drinking involved a rock bottom.

A rock bottom is where all of the supposed benefits of alcohol disappear and the negatives come into the spotlight.  This exact scenario happened to me a few years ago.

I was working in a restaurant as a waiter and was drinking regularly. 6 or 7 drinks 4-5 times per week.

There was one night that would bring a dramatic change to all of it.

I have very little recollection of this night, but I went out alone into some bars and drank – a lot.

I was on an empty stomach and had one of the most severe black-outs of my life.

I remember waking up the following morning with absolutely no recollection of what had just happened.

It still freaks me out to this day.

I looked over at my MacBook and there was a brown substance all over it. I quickly Googled “brown vomit”, and figured out that this was blood. Yes – this was blood.

It took me a few minutes to gather what memories I had of the previous night.

I was in utter disbelief.

At this point, all the positives of drinking disappeared. I was so upset with myself.

The negatives of drinking were so apparent that I stopped drinking.

A few days later, I wrote down some of the reasons why I wanted to stop drinking.

The Transition To My First Attempt To Quit

I always say that when you stop drinking you need to go towards a better life.

And, that approach is extremely effective.

However, going towards a better life by itself is only part one of two in the stop drinking formula.

The first part is understanding that alcohol gives you absolutely nothing.

Sadly, I hadn’t realized alcohol gives me nothing.

So, I got sober for between seven and eight months. I built my personal training business. I had a car, I had a girlfriend and life was going well. However, during a New Year’s Eve party, a small voice in my head got louder and louder.

At first, I resisted it. But, because I stopped drinking using willpower, it eventually beat me.

I genuinely thought I could have one and just go back to normal life.

Despite my best intentions, “just one” turned out to be a nine-month relapse.

When it came to deciding to have “just one”, I still had the belief that alcohol was going to make the party more interesting and add value to my life.

Because I hadn’t studied alcohol properly and I didn’t understand that alcohol is just a fancy marketed poison, I ended up drinking again.

I fell off the wagon, so to speak.

How Falling Off The Wagon Starts

Falling off the wagon always seems to follow a very similar process.

Falling off the wagon happens usually a few months into a journey. It might be 3, 6, 12 months in or longer.

So, here’s the scenario. A problem drinker has successfully stopped drinking.

However, alcohol is no longer causing this ex-drinker pain. Now, there has been a considerable amount of time since their last drink. They have forgotten most of the pain that alcohol caused them.

Now, because they have forgotten the pain, they don’t see the potential consequences of drinking alcohol again.

And then, before you know it, the voice in the head of having just one begins.

We know that alcohol is a highly addictive drug. If you drink one drink and you drink another this is not some freak accident.

Is There Such Thing As “Just One Drink”?

I want to make this very clear.

There is no such thing as “just one drink”.

If you study alcohol and do the work, this will be very apparent to you.

If you only do B, you risk making the same mistake I did. Sure, I had built a great life without alcohol. But, I didn’t address the root cause of my drinking – which was the belief that alcohol gave me something.

When you combine the study and going towards a better life, that’s where the real change happens.

When you uncover the truth about alcohol and realize that there are zero benefits to consuming alcohol/ethanol, the desire to drink disappears.

Starting drinking again and falling off the wagon becomes an illogical decision.

If you have fallen off the wagon, it can often be part of a larger process.

Some people do the work, they understand alcohol, and they do the introspection. But, they need hard evidence.

They still think that alcohol gives them something.

Then, they fall off the wagon so to speak, only to realize that what they learned was 100% true.

Now they have evidence that alcohol gives them nothing.

So, these people can understand that falling off the wagon was part of the process.

Actually, I should call it an unlearning process. We are unlearning the lies that we have been told around alcohol.

And, these lies have been being told to us for our entire adult lives.

For some people, it takes longer for the truth to click. However, if they continue studying and really looking at themselves, the click will one-day happen.

So what should you do if you have fallen off the wagon?

Do not, I repeat, do not beat yourself up.

If you have come to the conclusion that there are no benefits to drinking, and that drinking is causing you problems, this is a good position to be in.

What I would say to you is dust yourself off, and get ready to start again.

If I were you, I would designate some time every single day to study alcohol. 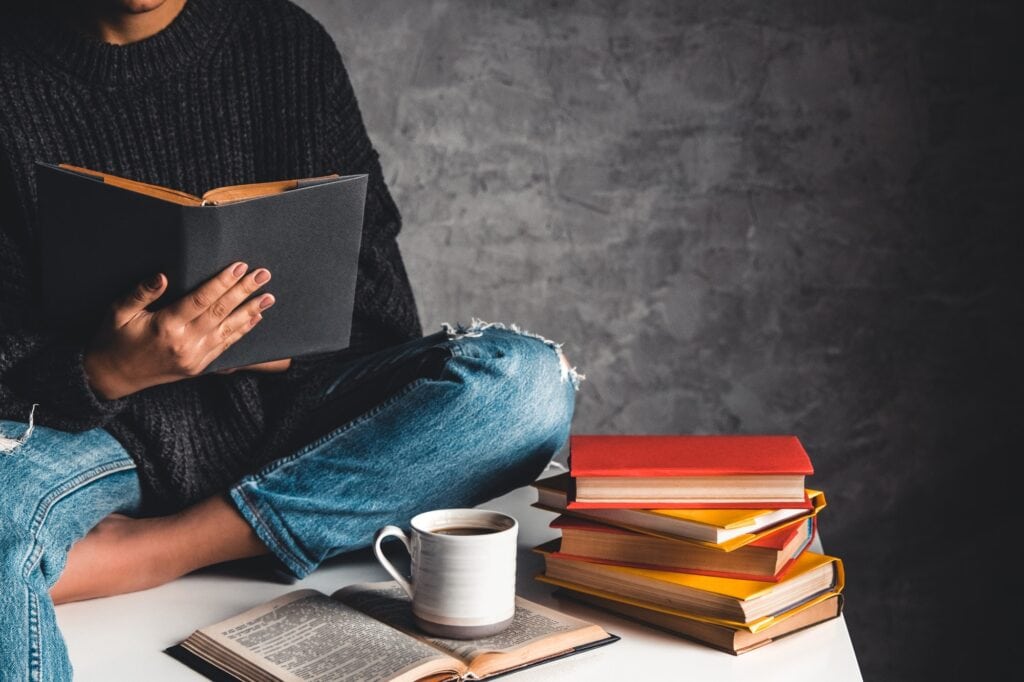 Spend time each day uncovering the reasons why you think alcohol gives you something.

Once you have brought awareness to each of those reasons, and you see them for what they are, you will be in a fantastic position to stop drinking.

Then, whilst you are studying alcohol for what it is, you can start going towards a better life for yourself

Stopping drinking was the best thing that I have ever done.

I am literally living the life of my dreams and none of this would’ve been possible if I had kept drinking.

I fell off the wagon, but it was part of the journey.

Falling off the wagon is largely due to mindset and beliefs around alcohol.

There is nothing wrong with falling off the wagon. For some people, it is a valuable learning experience.

Understanding that alcohol gives you nothing is critical.

To learn more about my story and the three secrets that I used to stop drinking alcohol click here to watch the free training that I made.