Quitting Alcohol For A Year – My Experience I’ll talk about what life was like before I stopped drinking, then I’ll talk to you about the transition period that I went through, and then finally I’ll share with you what life is like after not drinking for 365 days.

Contents hide
1 Before I stopped drinking, what was life like?
2 The Transition Period I Went Through When Stopping Drinking
3 What Is Life Like Now I’ve Quit Drinking for 365 Days?

So, I’ve always been up and down when it comes to drugs and alcohol. Some of you guys that know me on a personal level, you know I’ve hard some dark, dark, DARK periods where I’ve been totally out of control.

I’ll have these large periods of time where I don’t drink and life is sweet – life goes well. And then, I’ll be mixing with the wrong type of person…The type of people that know you have a problem, and then they say:

I’m sure you know the type…

Because their life sucks and they are out of control, they want people around them to do the wrong thing. They know what they’re doing is wrong…but anyway…

Anyway, I’ll listen to these people and I’ll see that they’re having a good time with alcohol, and my mind starts saying

So, I have one, and then I say to myself…

“You know what, that wasn’t even so bad…”

In my experience, it goes downhill from here…It goes one drink…

And then two days later I’ll have 5 drinks…

Then I think to myself “I’ve cracked it! This is it!”

This is the insanity of my mind…

I’ll think to myself “I can finally drink again…!”

And then I’ll go out and get SMASHED! 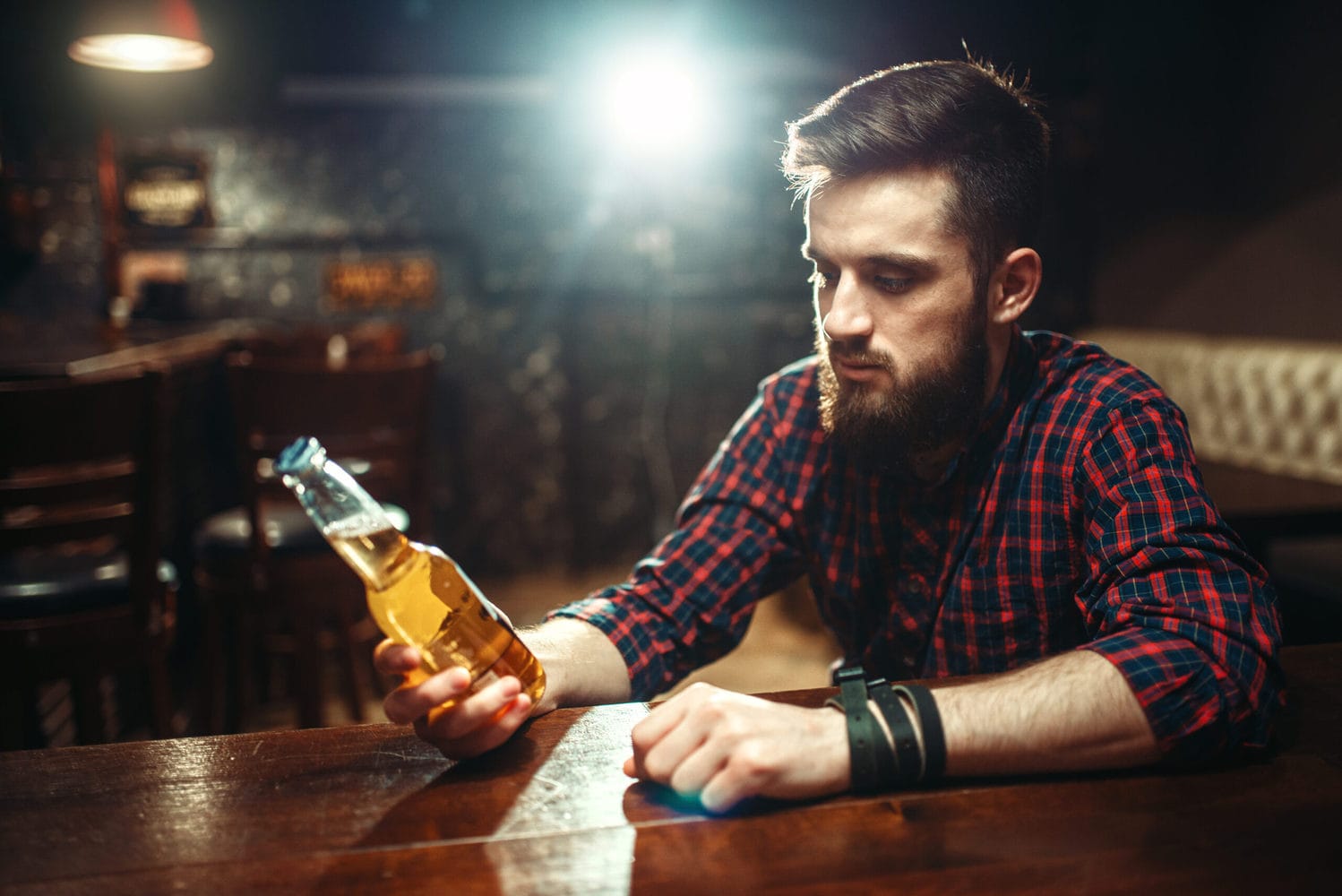 I don’t drink like a normal person…I go crazy…I’ll get smashed, I’ll get hungover and then I’ll think “oh no…What have I done?”

By this point, I’m stuck in the cycle. And this cycle goes on and on and on…And my life slowly spirals downhill. My relationships with my friends start going worse, my work goes downhill and if I have a girlfriend, that goes out of the window…And everything just goes to SHIT.

Sometimes it can escalate – the drink can turn into other things as well, but I don’t really want to go into that in this post.

It’s a crazy culture. Every single person in the office drank – HEAVILY.

I didn’t really see much “normal” drinking. It was BIG nights with free drinks from the company and they kind of feed this culture of alcohol. (3:31)

When I was in London, I was drinking. And, when I’m drinking, I can not function like a normal human being.

Everybody else “appeared” to be okay.

So, I ended up leaving the job in recruitment. The alcohol consumption and culture of alcohol was a big part of that decision. I knew for a fact I could not go on that way.

I left that, and went back into personal training.

I was stopping and starting drinking, and just “kind of” winded it in.

The personal training didn’t work out in London. I didn’t have enough savings behind me and there was too much pressure.

I left the personal training job, moved back to Oxford and whilst in Oxford, I had to get a job in a restaurant.

This is what happens when I drink. When I drink, it’s like I go back in life.

I have to start again from the beginning.So…I got a job back in a restaurant and the plan was to transition back into the gym as a personal trainer in Oxford…

And I was drinking heavily. I’m in a restaurant which is another drinking culture.

In my head I’m thinking: The Transition Period I Went Through When Stopping Drinking

I got so smashed one night…And without going into too much detail on the occurrences of that night I hit rock bottom.

I woke up in the morning and I just realized that if I kept doing this, I’m going to achieve NOTHING. I’ve done this so many times…

I just thought to myself “I can not keep doing this”.

It was a rock bottom – and whilst I’ve tried AA and NA in the past, they didn’t work for me. This time, I didn’t go to any of it. I knew for a fact that this was it.

I knew for a fact that this time would be the one.

So, I woke up and had this MASSIVE REALISATION and just STOPPED.

It was the best decision I have ever made. EVER. I’m so happy that I had to go through all this that day. So, anyway…

I had saved some money in the restaurant, got back in the gym as a trainer, and became a full-time trainer again…

And, I just started “winning” again.

What Is Life Like Now I’ve Quit Drinking for 365 Days?

Life now is sweet. I feel like I’ve done so much. 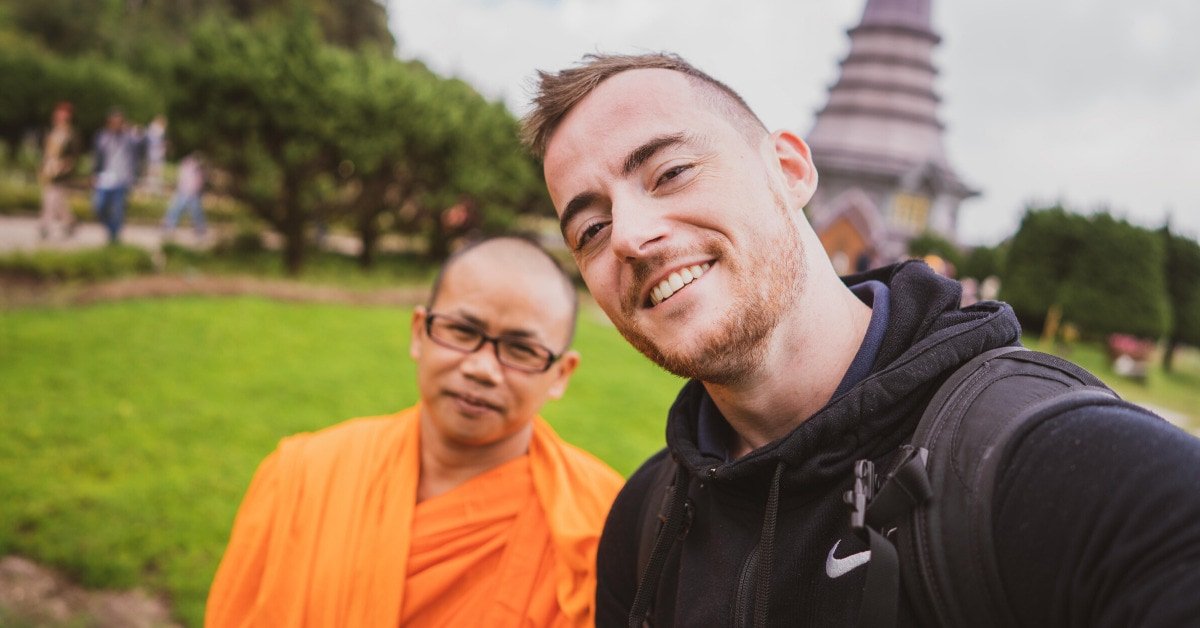 I just know that when I don’t drink alcohol, I perform on a completely different level.

I get back to the gym, I start developing good friendships again, I start making more money and I just know that when I don’t drink – I’m a different person.

I no longer hang around with heavy drinkers anymore. If I meet people that drink alcohol heavily, I tend to give them a wide birth.

I realize I don’t have things in common with these people – so when I meet these people I keep myself to myself.

The people that I hang around with now are completely different. They are good people.

This is a big thing. My social friendships are different…And I’ve met some interesting people that I now look up to as a result of this.

You don’t spend all that crazy money…

And the productivity that I’ve been going through is the best thing.

I’m not anxious anymore, I don’t get those waves of depression, and I don’t feel like shit.

I’m just grateful to be alive.

I’m just grateful that I’ve done a full year without alcohol – and my WHOLE life has changed. 100%.

Writing this gives me goosebumps and it makes me want to cry.

It’s completely night and day – if I did not stop drinking this time, I have no idea what would happen.

I just no, for a fact, that my life would have gone to shit again…And it’s been a YEAR. And I have done it.