Stop Drinking For Weight Loss: Should You Do It? Should you stop drinking for weight loss? Is it worth it, and what can you expect? It’s a big question that crosses many people’s minds before they get sober.  We’ll be answering all of these questions today, so get ready! Contents hide
1 My Story with Stopping Drinking and Weight Loss
2 How many calories are in alcoholic drinks?
3 Are alcohol calories the same as food calories?
4 How else can alcohol influence weight?
5 So, how exactly are weight loss and stopping drinking connected?
5.1 Eating less food overall
5.2 Better sleep, leading to more energy
5.3 Fewer food cravings
5.4 Improved digestion
6 Should you stop drinking for weight loss?

My Story with Stopping Drinking and Weight Loss

Eventually, my willpower ran out. I started drinking again. I put on weight and my fitness levels soon diminished. I started feeling sluggish again, my strength deteriorated and I wasn’t looking my best.

But, now that I have stopped drinking again, using the methods I teach on this website, I have lost the added body-fat and I feel awesome again. Make sure to read the whole blog post, because at the end, I’ll be sharing some free resources with you to help you with your journey. How many calories are in alcoholic drinks?

So, by drinking alcohol you are increasing your caloric intake.

If you consistently go over your maintenance calories (or the number of calories you require to maintain your current body weight) you will, unfortunately, put on weight.

So, by drinking alcohol over prolonged periods of time, it can lead to slow and steady weight gain.

Interestingly, alcohol is one of 4 macronutrients.

You heard that right. Alcohol is a macronutrient, just like protein, fats, and carbohydrates. Interesting, right?

However, because alcohol is unnecessary for our survival, it is rarely mentioned in any fitness apps, calorie calculators, and so on.

According to the NHS:

Some drinks and cocktails can contain a lot more calories – anywhere up to 500 kcal per drink, depending on how much sugar and mixers are added to them.

So, in other words, we know there are a bunch of calories in alcoholic beverages. Are alcohol calories the same as food calories?

I know what you’re thinking. If you’re trying to lose weight, why don’t you just count the calories of your drinks and use that to see how much you are consuming each day?

Now, don’t be confused. Just because alcohol is a macro-nutrient doesn’t mean that it’s used effectively for energy. The body does see alcohol the same ways it sees protein, fats, or carbohydrates.

Alcohol is a toxin. To be scientific, alcohol ethanol. If pure ethanol is consumed, it’s likely to lead to coma and death. (That isn’t a scare tactic, by the way, it’s a fact).

When we put a toxin into our body, our bodies prioritize on removing the toxin.

Normal digestion takes place in the intestines and alcohol is metabolized through the liver, so your liver has to work extra hard on metabolizing alcohol instead of the nutritious food you ate through the day.

In other words, alcohol is not the same as food calories. Your body isn’t designed to use poison as fuel.

How else can alcohol influence weight?

A study published in the Appetite journal concluded that even moderate alcohol consumption increases your appetite for high-calorie foods. On average, those that drank just half a shot of alcohol ate 11 percent more than people who abstained from alcohol. This could add up to very slow, steady weight gain, even for a light drinker.

What about if you’re NOT a light drinker? What happens if you drink more regularly, or binge drink?

From my own experience, when I was drinking, I wasn’t eating “11% more calories” as the study concluded… 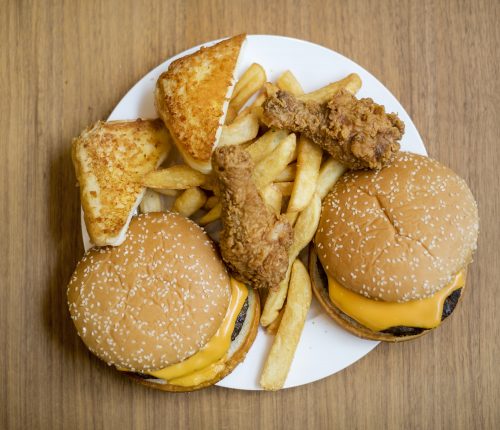 That being said, when I drank alcohol, I’d still maintain some kind of gym routine. It wasn’t as consistent as I liked, but I still tried to keep fit.

I’d still try to eat healthily on most days. However, when I drank alcohol, my inhibitions went out the window. Not only would I eat 1,000s of calories of fatty foods, but I’d rarely go to the gym hungover.

As I slipped further into the alcohol trap, the habit of going to the gym and eating healthily was slowly disappearing. I started missing workouts, started drinking more regularly and I stopped paying attention to what I was eating. I ended up getting quite out of shape.

Considering I was running a thriving personal training business and had excellent fitness levels in the past, I knew this was not good – at all.

And, as a result of the lack of exercise and the increased weight gain, my energy levels dipped, my confidence was decreasing and I felt increases in anxiety and depression.

This is the thing with alcohol and weight loss…It’s a bit like the boiling frog analogy.

At first, things aren’t so bad. Life seems normal and manageable. But, you slowly boil away without even realizing it. Before you know it, you’ve put on weight, your energy sucks and you are desperate to change.

So, if you are thinking of stopping drinking for weight loss, it’s an excellent decision.

Not just for the immediate gains of losing body-fat, but also to increase the positive effects of being a healthy body-weight, such as energy, clarity, and confidence.

So, how exactly are weight loss and stopping drinking connected?

A member of the Soberclear community lost around 40lbs of weight. She said:

“After getting sober, I changed my diet due to acid reflux issues. One thing I noticed was that it was much easier to follow the diet after stopping drinking. I stopped self-sabotaging and giving in because my inhibitions were low. I decided to stop drinking for 2 months before focussing on my eating habits because too much too soon can become overwhelming.”

So, she was able to maintain a healthier diet overall. 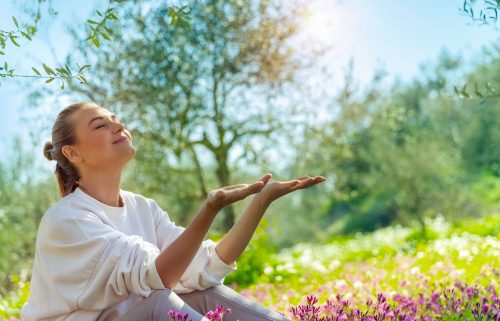 So, what kind of benefits can you see from stopping drinking and losing weight?

Should you stop drinking for weight loss?

So, the big question that we wanted to answer in this post – is should you stop drinking for weight loss?

Well, it’s a question that only you can answer.

If you suspect you have put on weight because your drinking is getting out of control, then stopping drinking for weight loss is something worth considering.

In the Soberclear community, there were 96 comments when I asked people “How much weight have you lost since stopping drinking?” 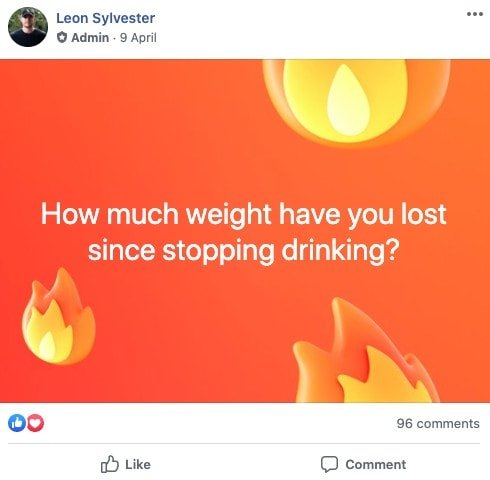 That’s a lot of people who have lost weight from stopping drinking!

And, it’s not just the members of the Soberclear community. It’s tens of thousands of other ex-drinkers. This is one of the biggest benefits that people talk about when they get sober.

There’s no doubt about it – when you stop drinking, the odds of weight loss are massively in your favor.

However, it’s down to you to weigh up the pros and cons of drinking alcohol, versus losing weight and feeling fit and healthy.

Honestly, I’d choose to be sober any day of the week. It has radically transformed my life, and it was one of the most enjoyable things I’ve done in my life.

But, if you still think alcohol gives you confidence, charm, and all the other lies marketed by the alcohol corporations, you’re going to be in a difficult position from the get-go.

So, as promised, I wanted to share some resources with you.

The first resource is the Soberclear Program. This is my quit drinking program, designed to help you stop drinking without feeling like you’re missing out. You can learn more about it here.

The second option is to look at this free training I put together. This talks about the 3 biggest secrets to making stopping drinking effortless and enjoyable. Click here to register for the free training.

So, just to conclude, if you’re considering stopping drinking for weight loss, I’d say give it a go.

What have you got to lose? Probably not a lot.

Let me know your thoughts about the post in the comments. I will personally respond to you.