Stopping Drinking For 30 Days: What Should You Expect?

In this article, we’re going to look at stopping drinking for 30 days.

Many people start their alcohol-free journey with an attempt to stop drinking for a month. So, let’s explore this further.

Firstly, I’ll share my experience during the first 30-days of stopping.

After that, we’re going to discuss some of the things you can expect when you stop drinking for a month.

We’ll then explore some of the benefits of stopping drinking for 30 days. And, after that, we’ll look at some challenges and how to overcome them.

And finally, I’ll share some insights from other people in the Soberclear community who have stopped drinking for 30-days. A Precursor Before I Tell You My Story

My experience during the first 30-days was, honestly, not bad at all.

Before writing this blog post, I was talking to a few Soberclear members about their experience in the first 30-days.

And, there was a total mix of answers.

Some people found the first 30-days great. Benefits were recognized very early on.

However, others found the first 30-days challenging. The benefits became apparent at a later date.

That doesn’t mean they gave up. There was just a bigger delay between stopping drinking and starting to feel great again.

My Experience With Stopping Drinking For 30 Days

Some of you may already know that my journey to stopping drinking started with a huge rock bottom.

I had previously stopped drinking using will-power for 7-8 months.

I had “just one drink” – which spiraled into a series of binge drinking. 9 months later, my rock-bottom moment happened when I woke up after an extremely heavy night.

I had -£2,000 in the bank and had just moved back to Oxford after quitting my job in recruitment in London.

I was staying in a friend’s bedroom whilst he was on holiday because I was so broke. There was rubbish all around the room and I was an emotional wreck.

I was working in a restaurant again, and my life had gone backward.

For some reason, that morning, I woke up in disbelief. I knew that alcohol had to go. It was the one thing holding me back from reaching my potential.

Because it was a rock-bottom moment, none of the “positives” of alcohol existed. I could only see the negatives.

It was simple to stop. However, I still made it a priority to study alcohol and go towards a better life.

Honestly, the first few days were a blur. I have no idea if they were difficult or not.

I have no recollection.

I, personally, don’t remember any severe withdrawals, but bear in mind I hadn’t been a chronic drinker for multiple years.

I was more of a binge drinker that would go out of control 3-5 nights per week.

I was someone that couldn’t have “just one”, and during those binges, I would cause havoc.

Because the rock-bottom had hit me so hard, I must have worked through any pain and realized it was part of the process.

I’m not exaggerating when I say I can’t remember the first few days. I really, really can’t.

However, there was one moment that I’ll never forget.

I remember, after a few days, something clicked.

I realized that I had managed to stop drinking again. This was after going down a slippery path for 9 months.

During those 9 months, I knew I was doing something wrong. So, the moment I realized I had beaten it, it felt unreal.

It was an extreme rush of endorphins and happiness.

“Holy shit, I can reach my potential again.”

And I felt sheer euphoria.

I just knew I had cracked the code. It was the best feeling I had ever felt. I was in the process of trying to start a personal training business for the second time. I had been trying to transition into the gym, but alcohol kept getting in the way.

As soon as I had this moment of euphoria, I knew I could accomplish anything I set my mind to. I was already a non-drinker and there was nothing standing in my way.

So, within a week or two of stopping, I got back into the gym as a trainer once again and focused on building my business like a mad man.

I just felt this rush of clarity, excitement, and energy that the life of my dreams was now within reach.

All I now had to do was put in the work.

If you want to learn more about my story and how I stopped drinking, check out this video I put together.

What Can You Expect?

So, my experience with stopping drinking might not resonate with a lot of people.

Stopping drinking for 30 days is different for everyone. We’ll hear some examples from people in the Soberclear community shortly.

Some people have a similar experience to me. They get a rush of endorphins and realize that this is it. They’ve cracked the code.

However, others have a very rough few days or weeks. There is a small percentage of people who can have severe withdrawals. If you think that is you, you must seek immediate medical advice.

However, most people can go through withdrawals without too much trouble.

Sure, those people may feel bad.

Energy might be lower, they might get the shakes and feel a bit of the flu, but most people can get through that.

Some people compare withdrawal to the flu.

If you ask me, a few days of feeling under the weather in exchange for the freedom of not having your life dominated by alcohol is a great trade-off.

The point of the matter is that whatever you’re going through, it’s normal.

If you have any major concerns, you must visit a medical professional.

Benefits Of Stopping Drinking For 30 Days

Let’s take a look at some of the benefits of stopping drinking for 30 days:

During the first 30 days, according to this study, 7 out of 10 people report better sleep. A quick Google search will also find lots of personal stories, saying sleep has improved.

Even small amounts of alcohol are thought to mess with sleep. Most people can expect this to improve.

If you were anything like me, a night out would involve spending at least £50. Doing that 10-15 times per month got damn expensive.

Not to mention all the extra money I’d waste on fast-food and taxis.

I’ve spoken about clarity many times.

People often say they are able to think much clearer.

I spoke about clarity in Benefit 1 in this video:

Challenges Of Not Drinking For 30 Days

Now, with benefits, there may be certain challenges you will need to overcome. Let’s break some of these down now.

1. Resistance from Friends and Family

Some friends and family may well show some signs of resistance.

You may well have supportive friends and family members, however, some of us aren’t so lucky. The best advice I ever received was to set clear boundaries.

You need to communicate very clearly what you will and will not tolerate.

Then, if someone crosses that boundary, it means having a conversation with that person and telling them what they did is unacceptable.

This can be a challenging obstacle to overcome, especially when stopping drinking for 30 days, but you have everything in your power to deal with it.

Withdrawal can be serious.

Some people say that the withdrawal of stopping drinking is challenging.

This is case-by-case dependent. Some people are sick, they have shakes and they feel a low mood.

If withdrawal gets progressively worse, you must seek medical advice.

However, for most people, it will be part of the process. Most people can get through any kind of withdrawal okay.

Most people say that withdrawal is a bit like the flu.

Some people will feel alone. They might not have a support group around them.

If that is you, I recommend joining these Facebook groups:

Facebook groups can really help you connect with other people living their best lives without alcohol.

Quotes From Other People About Their First 30 Days Alcohol-Free

I asked a few members of the Soberclear community what their experience was like during their first 30-days.

“It’s still early days for me, but I just feel great. I drank for 33 years, and this is the first time I feel so good about being sober. I work on a building site which is extremely challenging work.

Honestly, I have no idea how I used to do this job. 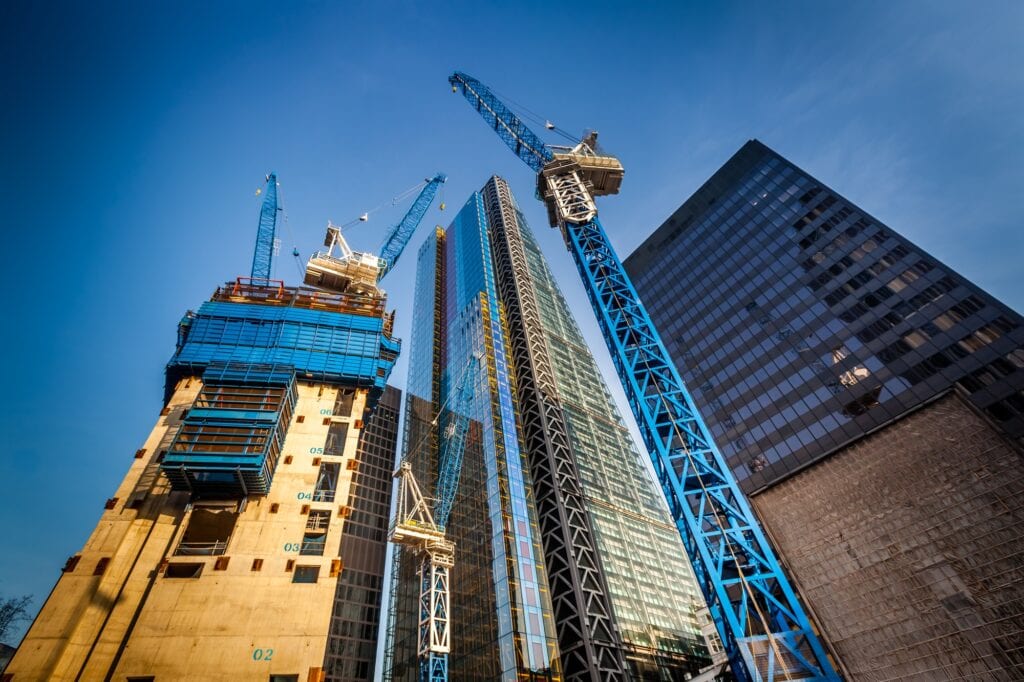 My thinking is much clearer now I have stopped. I’m excited about the future!!”

“Honestly, during the first 30 days, I didn’t feel so great. I felt really lethargic and that wasn’t cool.

I know some people feel great during the first 30 days, but that wasn’t me. I slept a lot. It was probably around the 40th day that I started to feel great again.

Somehow, the final time I stopped for 30-days, something clicked. There were 40 years of heavy drinking leading up to this moment. My favourite saying is “don’t stop before the miracle happens”. If you’re struggling in the first 30 days, better days are certainly ahead!”

“Difficulties only really occurred in the first two weeks for me. I found myself thinking about it a lot and having to check how many days it had been. I had major sugar cravings which I’ve noticed is really common.

I leaned on sweets and carbs for those first 14 days. Of course, I had headaches and I was tired, exhausted, low energy, cranky, I was even jittery and very anxious. But I kept telling myself that my goal was 21 days, and after that, it will be easier!

And it really was easier after those first two weeks. I turned my attention to all of the positives I was noticing. I was sleeping really well after a couple of days. I started becoming more patient. I found that my sense of humor came back.

I’m more animated. My memory is sharper. I can tell that I’m thinking faster. This also made my perception change a little – it feels like time has slowed down.

I’m experiencing more because I’m not in bed as much. I’m waking up earlier and have more hours in my life now. By the third week I was working out again, I stopped eating sugar and turned my attention to nutrition and my health. I don’t crave sugar now.”

My first 30-days were pretty straightforward. That might be because I hit a rock bottom.

There are benefits that some people may find, and also challenges

Trev, Barbi, and Amy all had a very different experience

If you want to read a few more blogs, I recommend this, this and this to read next.

And also, you can check out this free training I put together talking about the 3 secrets I used to stop drinking here.