Should I Stop Drinking Cold Turkey?

I recently received this question from a reader of the blog:

Hey Leon, thanks for making the videos and writing the blog articles. They are really helpful. I have been drinking for many years now.

I’m not a heavy drinker, but it’s slowly been creeping up to around a bottle of wine each night. I am about to make the jump to stop.

I wondered what you think about stopping drinking cold turkey. Should I try and slowly taper my drinking, or just dive in? Thanks, Jenny.

So, Jenny, I’ve decided to tackle your question in this article.

We’re going to look at the difference between an alcoholic and a problem drinker, and whether or not you should taper your consumption. 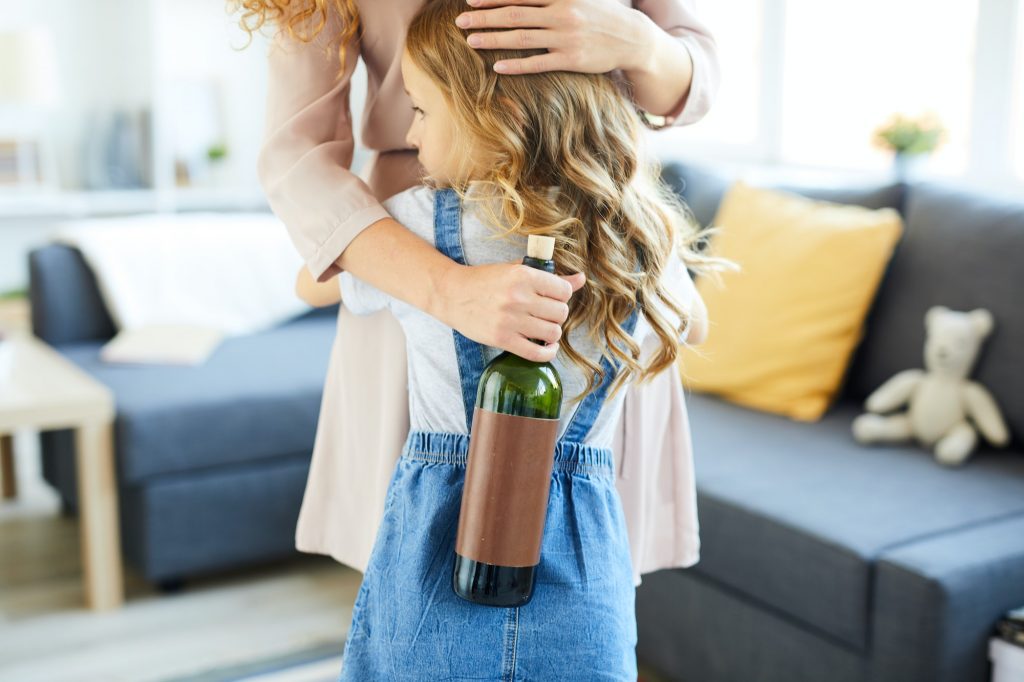 We’re also going to look at some beliefs around alcohol and finally, answer the question of whether or not you should stop drinking cold turkey.

If you have been thinking about quitting drinking entirely, and you’re not sure what approach to take, then this blog article will shine some light on your situation.

The Confusion Between Problems Drinkers and Alcoholics

Make no mistake. Alcohol withdrawal can be dangerous.

But, first, we need to make a very important distinction between alcoholics and problem drinkers.

They are two distinctly different things.

A minority of alcoholics that stop drinking cold turkey can suffer from some severe consequences. From sweating and fatigue to seizures and even death.

That being said, the Centers for Disease and Control Prevention (CDC) states that not all excessive drinkers suffer from alcohol use disorder (AUD).

In fact, 90% of drinkers who drink excessively would “not be expected to meet the clinical diagnostic criteria for having a severe alcohol use disorder”.

Alcohol use disorder includes things such as:

In other words, 90% of drinkers that have a problem with drinking are not physically dependent on alcohol.

Most drinkers do not need to worry about withdrawal. They will be perfectly okay stopping drinking.

The confusion around alcohol withdrawal can sadly put problem drinkers off stopping altogether.

However, I want to be clear. Drinkers who are suffering from chronic alcoholism or alcohol use disorder should seek medical treatment for their addiction.

Now, when stopping drinking, there are typically 3 stages of alcohol withdrawal. These stages can get progressively worse over time.

They are classed as mild, moderate, and severe.

If you have ever heard someone can die from alcohol withdrawals, it’s down to something called delirium tremendous. Delirium tremens (DTs) is the name of severe accompanying withdrawal. According to this paper on the Treatment of Alcohol Withdrawal, DTs are only experienced in approximately 5% of those going through withdrawal and will typically become apparent 2 to 4 days after the last use of alcohol.

However, the vast majority of drinkers, and most of the readers of this blog, will not suffer from DTs.

Let’s say that you aren’t a chronic alcoholic that is going to go through severe physical withdrawal, DTs, or seizures.

What is likely to happen when they stop drinking? You will probably go through a small series of mild to moderate withdrawal.

You may well have noticed that the mild and moderate withdrawal symptoms are very similar to a hangover – and you’d be right.

You may feel rough for a few days.

When I stopped drinking, I certainly did. I felt grumpy, lethargic and my anxiety was higher than normal.

But, there was no physical pain. It wasn’t difficult to go through. And, that was largely due to my own mindset.

I knew that the physical discomfort wasn’t going to be any different or worse to a hangover – and I was right.

I also knew that a small amount of discomfort is a trade-off for the freedom and pleasure I experience now.

By approaching the withdrawal with the correct mindset, it was easy to get through.

Should You Taper Your Drinking Or Just Stop Cold Turkey?

Let’s look at the second part of Jenny’s question, should she taper down before stopping?

As mentioned, unless she is severely addicted to alcohol, her withdrawal won’t be as bad as she thinks.

Let’s say Jenny has woken up with a bad hangover and says to herself:

“Alright, Jenny! This is it! I’m going to cut down my drinking and slowly come to a stop! After all, my doctor says I should cut down first!”

Is it going to work?

The issue with tapering and cutting down is two-fold.

Let’s say she manages to cut down her alcohol intake for the next few days. Day 1, 2, and 3 she has just one glass of wine. Whilst she wants to drink more, she uses nothing but pure willpower to resist finishing the bottle. 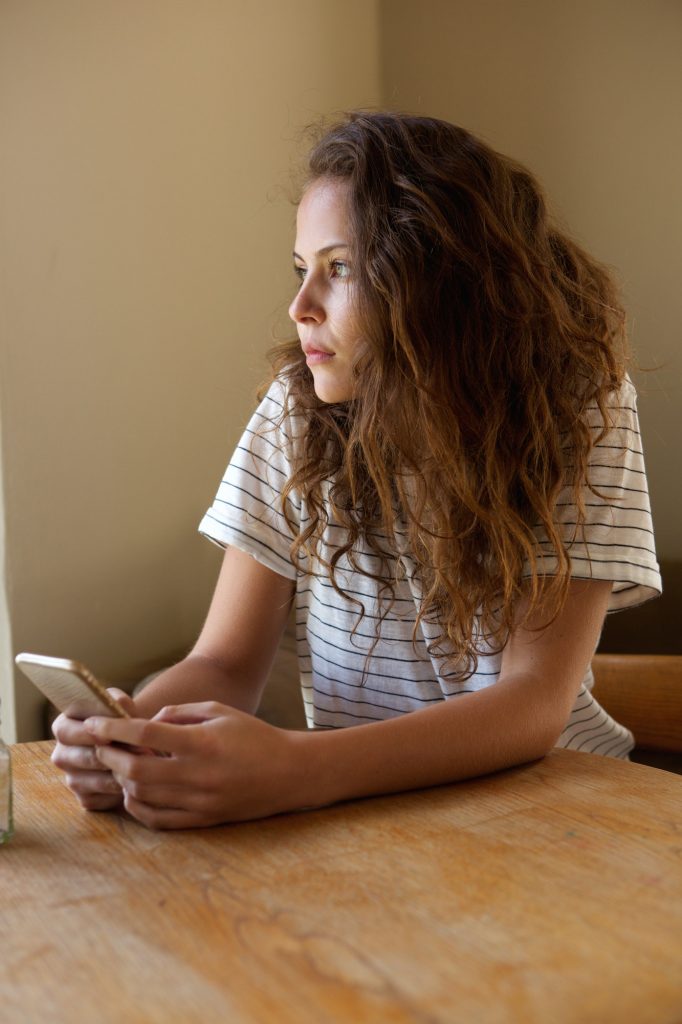 Because alcohol is a highly addictive drug, the likelihood of drinking “just one” and not drinking more is challenging, and will require huge amounts of willpower.

So, already, tapering becomes a battle.

We’ve now got another issue. Jenny has cut down her drinking to one drink per night. She’s almost fully forgotten about the effects of the previous hangover 3 days earlier.

Not only that, but she’s been sleeping better and she’s feeling quite healthy.

“Well, this tapering down is going really well! I think I’ll treat myself to two glasses tonight. I’m feeling OK!”

Two becomes three, three becomes finishing off the bottle and the tapering has put Jenny back at square one.

Problems drinkers that attempt to taper are still consuming the same highly addictive poison as before.

The poison doesn’t change. What needs to change is their perception of the poison.

My Experience With Tapering Before Stopping

Before I got sober, I tried many methods to stop. One of those methods was to attempt to taper down.

I’d have an extremely heavy night of drinking. Maybe I had blacked out, said something to the wrong person or wasted hundreds of pounds. Whatever it was, something spurred me into wanting to stop drinking.

During some of those failed attempts, I tried to taper.

I remember hearing doctors talk about “recommended alcohol consumption”. Surely if I could only drink the recommended amount for a set period of time, it would be much easier to stop.

The issue is that if I have one drink I usually have two. Two turns into three ad infinitum.

Whilst I had all the best intentions to cut down my alcohol consumption, it never worked.

As soon as I had 1 or 2 drinks inside of me, my inhibitions and best intentions went straight out of the window.

When I did finally stop drinking, it wasn’t difficult. It was a few days of discomfort in exchange for a life beyond my wildest dreams.

The trick to stopping drinking isn’t about tapering. It’s about understanding alcohol for what it truly is.

Your Beliefs Around How To Stop Drinking Cold Turkey

If you are starting your sober journey with a feeling of doom, gloom, and sadness, it will be much harder to stop.

On the other hand, if you approach stopping drinking from a feeling of elation and joy, it will be much, much easier to stop.

The trick, to getting through the withdrawal, lies in your own mindset.

If you are ready to embrace some short term pain for long term happiness, then you will have a much higher chance of succeeding.

You’ll be able to fight through those first few discomforting days with ease. 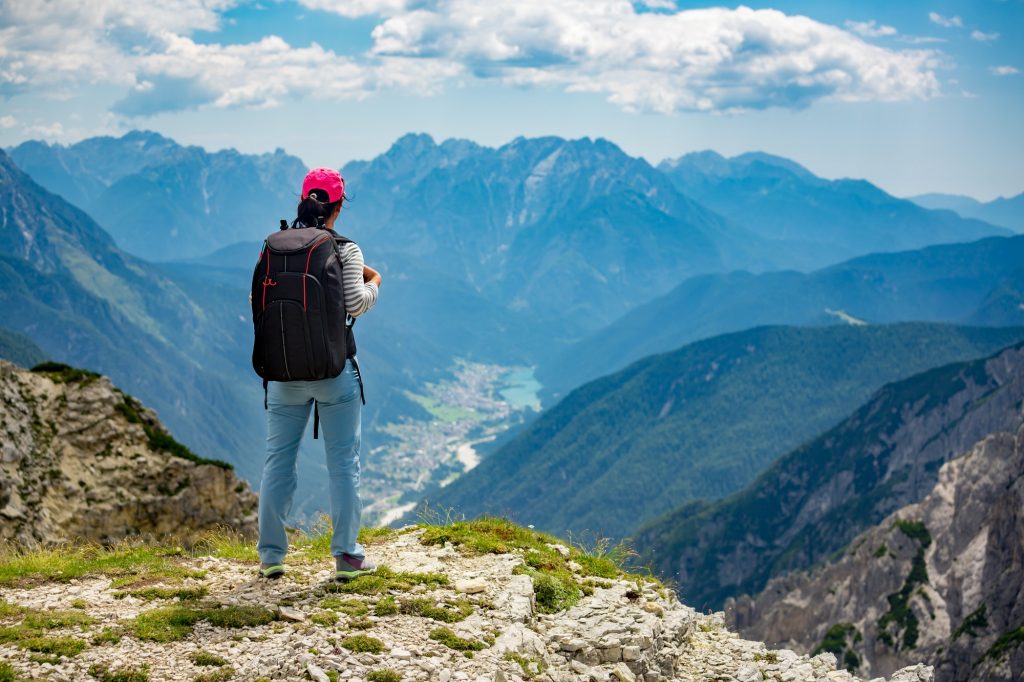 However, if you approach the situation thinking:

And so on, it often becomes a self-fulfilling prophecy.

When people take the Soberclear program, they don’t immediately stop drinking. They continue to drink throughout the duration of the program, until the penny drops.

When you are able to see alcohol for what it really is, the desire to drink just disappears.

And how do you remove the desire to drink?

You read about it. You spent time educating yourself on alcohol and the role that it plays in society. You dismantle the reasons why you drink.

You can do this through reading books, taking the Soberclear program, or reading this blog. Check out these posts next:

How To Stop Drinking Wine In 6 STEPS

Bored After Quitting Drinking: How To Overcome It
How To Stop Thinking About Drinking Alcohol: 5 Tips

Once you have the right mindset, quitting drinking cold turkey becomes a walk in the park.

There is a big difference between alcoholics and problem drinkers.

Only 10% of excessive drinkers are physically dependent.

For most people, withdrawal is nothing more than a hangover.

Tapering isn’t effective. It is more effective to remove the brainwashing and stop cold turkey.

It all comes down to your beliefs around stopping.